We understand that printers are not as exciting to buy as, let’s say, graphics cards or mechanical keyboards. But printers are among those devices that deserve to be appreciated more. Unfortunately, way too many people try to save as much money as they can on a printer, which causes them to pick a printer that’s anything but pleasant to use. In this article, we list top 7 best printers you can buy in 2019, and we promise you that each printer on our list will make you glad that you didn’t pick a budget model instead.

The HP Deskjet 3630 is a compact, affordable printer with a built-in scanner and support for mobile printing, allowing you to print directly from your smartphone or tablet without accessing the network the printer is connected to. Besides saving you space on your desk, the HP Deskjet 3630 also helps you focus on your work with its whisper-quiet operation.

How to replace ink cartridges in the HP Deskjet 3630:

With its support for professional cut sheet and roll paper handling and 8 pigment-based inks, the Epson SureColor P400 allows you to achieve professional results right at home. You can connect the printer to your computer via USB, Ethernet, or Wi-Fi, and it works with all recent versions of Windows and macOS.

How to replace ink cartridges in the Epson SureColor P400:

The Canon PIXMA TS9150 is a Google Cloud Print-compatible all-in-one printer with creativity running through its blood. The printer features a large 5-inch touchscreen and modern user interface that exposes all of its features and makes it obvious which features is useful for what. Because the printer is wireless, you can place it anywhere you want without worrying whether the included cable is long enough to connect it to your computer.

How to replace ink cartridges in the Canon PIXMA TS9150:

The HP Envy 5540 is a budget printer with far more features than we would expect a printer of this price to have. Not only is it wireless but it also has a large monochromatic LCD touchscreen and support for mobile printing, allowing you to print directly from any Android or iOS device. HP ships the printer with ink included, and you can expect to print around 200 pages on a single basic cartridge.

How to replace ink cartridges in the HP Envy 5540:

If you print hundreds of pages each month, then it makes sense to spend extra money on a laser printer. For example, a single laser toner cartridge for the Brother MFC-L2750DW XL printer can print up to 7,500 pages despite not being significantly more expensive than traditional ink cartridges. Of course, you’ll have to sacrifice color printing if you decide to buy a laser printer such as the Brother MFC-L2750DW XL, but that’s nothing but a small inconvenience considering that you can buy a dedicated color printer for around $50.

How to replace toner cartridges in the Brother MFC-L2750DW XL:

The Canon Pixma Pro-100S is a professional printer that relies on 8 dye-based inks to produce astonishing color gradients and unbelievably accurate black and white prints. A printer of this nature isn’t well suited for everyday use. Maintaining 8 separate ink cartridges gets old quickly. For professionals who demand the highest color accuracy imaginable, however, the Canon Pixma Pro-100S is an easy choice.

How to replace ink cartridges in the Canon Pixma Pro-100S:

How to replace paper in the HP Sprocket Photo Printer:

Top 7 Best Laptops You Can Buy This Year

The History of Pocket PC and Windows Mobile Platforms. Best 7 Devices Ever 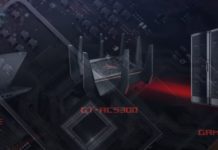 The Beginner’s Guide to VPNs

How to Play Mahjong for Free Online: Best 7 Sites

Which is the Best Way to Protect Online Privacy: TOR or a VPN?