Virtually every electronic device we use today connects to the internet through a wireless router. Yet, most people rely on a budget router supplied by their internet service provider without ever considering upgrading to a better router, one that can provide faster download and upload speeds, excellent coverage, cutting-edge parenting and security features, and lots of other perks.

If you’re ready to ditch your old router for a new one, our list of top 7 best wireless routers of 2019 will help you find a router that can satisfy your needs without breaking your budget.

The Best Gaming Router in 2019

The Asus ROG Rapture GT-AC5300 is a powerful tri-band wireless router designed specifically to meet the needs of hardcore online gamers who won’t settle for anyone else than a single-digit ping.

If you’re not keen on spending hundreds of dollars on a new wireless router but still want to enjoy fast data transfer rates and excellent coverage, then you should consider the Asus RT-AC68U, which is often sold for around $100.

Netgear Orbi is an easy-to-use mesh Wi-Fi system that makes it easy to cover your entire house with strong Wi-Fi and say goodbye to dead zones. Mesh Wi-Fi systems like the Netgear Orbi consist of a main router that connects directly to your modem, and a series of satellite modules or nodes.

You can start with a single Orbi Wi-Fi router and add nodes over time, depending on your needs. A single Orbi Tri-band Mesh Wi-Fi router can deliver speeds up to 2.2 Gbps, allowing you to enjoy 4K online content and smooth gaming.

The Linksys EA8300 Max Stream is a relatively affordable tri-band router with support for the latest Wireless-AC technology for simultaneously streaming and gaming on multiple devices.

It’s safe to say that the Asus Blue Cave is the strangest-looking wireless router on the market today. Resembling a Dyson fan, this unique router is powered by Intel Wi-Fi technology, giving it the power to handle the simultaneous demands of multiple connected devices in your home.

The Blue Cave protects all connected devices from online threats and features advanced parental controls that let you easily filter out inappropriate online content. The router is compatible with Amazon Alexa, and it supports Asus AiMesh technology for creating a flexible whole-home Wi-Fi network.

Easy to install and manage

The Google Wifi is a mesh Wi-Fi system from the company behind your favorite search engine. It’s designed to reduce dead zones and provide you with fast download and upload speeds.

Not all wireless routers are meant to be tucked in some corner, hidden from view. The Netgear Nighthawk X10 is a winner of the Red Dot Design Award, which is an international product design and communication design prize awarded by the Design Zentrum Nordrhein Westfalen in Essen, Germany.

How to Choose a Wireless Router

You don’t need to be a networking expert to choose a wireless router, but there’s a couple of things you should know about wireless networks before you take out your credit card and enter your PIN.

Modern electronic devices can wirelessly access the internet thanks to the IEEE 802.11 set of wireless computer networking standards. This standard dates to 1985, and there have been many revisions over the years.

As you might have guessed by now, the newer version of the IEEE 802.11 standard a router supports, the better. Virtually all routers today support 802.11n regardless of their price, and mid-range and budget models with 802.11ac are becoming increasingly common.

Even if none of your electronic devices supports 802.11ac, it’s still a good idea to pay extra for a wireless router that supports this standard because it’s very likely that your next smartphone, smart TV, or even smart fridge will as well.

Top 7 Best Laptops You Can Buy This Year 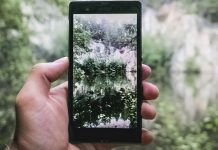