It has been over a decade since the Marvel Cinematic Universe (MCU) first captivated audiences around the world with the release of the first Iron Man movie. After more than 20 movies, Avengers: Endgame and Spider-Man: Far From Home concluded the Phase Three of Marvel’s cinematic universe, which means that now is the best time to embark on an MCU marathon before Black Widow kicks off Phase Four in November 2020.

But what’s the best order to watch Marvel movies? Is it better to watch them in release order or chronologically? Are there any Marvel movies that are not worth watching at all? To help you answer these and other questions, we’ve put together a complete guide to the Marvel Cinematic Universe so that you can experience it in the order that makes the most sense to you.

Since Disney launched its own streaming service, called Disney+, on November 12, 2019, fans of the Marvel franchise have become able to easily stream almost all Marvel movies (Spider-Man movies with Tom Holland are owned by Sony, and the same goes for Hulk) from a single place and for a single subscription fee.

Marvel Movies in Order of Release

If you’d like to experience Marvel movies in the same order in which all the fans who have been with the franchise since the first Iron Man movie experienced them, your only option is to watch them in order of release.

While this approach may seem almost too straightforward, it actually makes more sense than you might think, considering that some Marvel movies take place in the past. Why? Because post-credit scenes in Marvel movies blend nicely into the next release, giving a little tease of what’s to come next.

The first Marvel movie ever released introduces the now-famous philanthropist, playboy, and genius, Tony Stark, as he invents a high-tech suit and uses it to fight evil. Despite being the oldest movie in the franchise, Iron Man is just as entertaining today as it was when it the cinema screens.

Unfortunately, the second MCU movie wasn’t nearly as popular as the first one. In fact, The Incredible Hulk is the worst-rated Marvel movie ever released. Considering that it’s also not available on Disney+, we think that you can safely skip it unless you really want to see how Edward Norton portrayed Bruce Banner before he was replaced by Mark Ruffalo in 2012.

Iron Man 2 takes place shortly after the events of the first Iron Man. The entire world has learned that Tony Stark is, in fact, Iron Man, which puts a huge target on his back. In addition to more Tony Stark charm and wit, this movie also introduces Black Widow and War Machine.

While the first Marvel movies take place on Earth, Thor takes us to Asgard, a realm where a race of beings recognized on Earth by humans as the deities of their Norse mythology, Asgardians, live. The star of this movie is Chris Hemsworth as Thor, whose goal is to earn back his powers after being cast out of Asgard.

Taking place during the Second World War, Captain America: The First Avenger is the first Marvel movie to watch if you want to stick to the MCU timeline. It introduces Steve Rogers as a US army soldier who turns into Captain America after getting accepted into an experimental program.

The Avengers is the last movie of Phase One of the Marvel Cinematic Universe. Stakes quickly escalate when an alien horde decides to invade New York City, forcing Nick Fury to form a counter-terrorism agency called S.H.I.E.L.D.

Iron Man 3 is the first movie of Phase Two, and it takes place directly after the events of The Avengers. After what happened in New York City, Tony Stark is consumed by anxiety, which pushes him to create a small army of Iron Man suits to defend the Earth.

Thor: The Dark World might not be one of the more popular Marvel movies, but its importance shouldn’t be underestimated because it provides the first glimpse at the Infinity Stones, laying the foundation for the epic two-part finale.

Introducing several new characters, Captain America: The Winter Soldier has a different tone than previous Marvel movies because the filmmakers were strongly influenced by ’70s conspiracy movies. As its title suggests, it centers around Captain America, who is starting to question the motives of the agency he’s been working for since the events of The Avengers, S.H.I.E.L.D.

Guardians of the Galaxy is one of the most beloved Marvel movies, following a band of intergalactic misfits led by Chris Pratt as Peter Quill. Despite the catchy soundtrack, which became hit no. 1 on the Billboard charts, the stakes in this movie are high because our unlikely heroes must keep the Power Stone out of the wrong hands.

What happens when an artificial intelligence created by Tony Stark to protect the world becomes evil? Plenty of thrilling moments—that’s for sure. Introduced in Avengers: Age of Ultron are several new characters, including Scarlet Witch, who is played by Elizabeth Olson.

Even though Ant-Man seemed like a minor character in 2015, we now know that he plays an essential role in the Marvel Cinematic Universe, and this movie introduces him in a hilarious fashion. Paul Rudd really captured the character of Ant-Man brilliantly, making this one of the funniest Marvel movies ever made.

The Avengers are divided into two different factors, which is bad news for our heroes but great news for us, the fans of Marvel movies. Captain America: Civil War is packed with so many epic super-hero fights that you’ll find yourself at the edge of your seat the entire time.

The universe can be pretty strange, and nobody knows this better than Stephen Strange, played by Benedict Cumberbatch. In this movie, we get to see how he transformed from a neurosurgeon into a Sorcerer Supreme capable of using ancient magic and glimpsing into infinite timelines.

The Guardians are back, and they must once again confront dangerous enemies and fight to keep their unlikely family together. You can expect a fantastic soundtrack, epic space adventures, and tender moments that reveal the human side of our beloved super-heroes.

Even though there had been a number of Spider-Man movies before this one, Spider-Man: Homecoming is the first to officially become a part of the MCU universe. It stars Tom Holland as young Peter Parker, who’s willing to do whatever it takes to become an Avenger.

If you’ve ever heard the phrase “Wakanda forever,” you should know that it comes from Black Panther, a movie about T’Challa, the King of Wakanda. Challenged by Killmonger for  the role of king, T’Challa must fight his own blood to take what’s rightfully his.

Available on: Netflix and Amazon Video

After 18 movies, characters from all corners of the MCU must stand together and protect the universe against the greatest threat it has ever seen: Thanos, a genocidal warlord who wants to wipe out half of all life in the universe. Even though all Marvel movies feature epic battles, Avengers: Infinity War takes things to a whole new level. Unfortunately, Avengers: Infinity War isn’t available on Disney+ yet, but it should be soon.

Available on: Netflix and Amazon Video

Marvel decided to make the timeline of this movie ambiguous on purpose, but it’s not difficult to figure out that it takes place before or during the events of Avengers: Infinity War. Paul Rudd is back in his Ant-Man suit, fighting alongside Wasp in the Quantum Realm.

Captain Marvel is the first female-led movie in the Marvel franchise, starring Brie Larsen as Carol Danvers. The movie takes place in the ’90s, so it shouldn’t surprise you that there’s a lot of nostalgia crammed in it, which is one reason why it’s one of the worst-rated Marvel movies.

Will half of all life in the universe be wiped out with a snap of Thanos’ finger, or will our heroes save the day and defeat the mighty Titan? Unless you’ve been living under a rock or actively avoiding spoilers, you probably already know the answer, but that doesn’t mean that you should skip Avengers: Endgame. As far as conclusions to epic sagas go, this movie shows how to do it right.

In a way, Spider-Man: Far From Home can be seen as an epilogue to the Phase One, Two, and Three of the MCU. It’s a smaller story with a lots of heart in it, and it servers as a bridge between the MCU post-Infinity War and Phase Four. Just like Spider-Man: Homecoming, you can’t watch it on Disney+ because it’s owned by Sony.

Phase Four of the Marvel Cinematic Universe is set to kick off later this year with Black Widow (November 6, 2020), starring Scarlett Johansson as Natasha Romanoff, a spy and an expert hand-to-hand combatant.

Black Widow was supposed to be released on May 1st, but it was delayed, along with the rest of the upcoming Marvel movies, amid the novel coronavirus pandemic.

Unlike the previous three phases of the Marvel Cinematic Universe, Phase Four won’t have any Stan Lee cameos due to his death in 2018. However, there are rumors of Tony Stark making a cameo in Black Widow.

Watching Marvel movies in chronological order can be a fun way for die-hard fans of the franchise to experience the epic story spanning nearly a century in a novel way.

It can also be an exciting way how to experience Marvel movies for the first time, but you need to keep in mind that things won’t always make much sense because some movies contain flashbacks.

The good news is that most Marvel movies have been released in the correct chronological order, with only a few notable exceptions.

Now that you know the correct order of Marvel movies according to their theatrical release and MCU timeline, it’s time to rank them from best to worst so that you can decide which Marvel movies are 100% worth watching and which can be skipped.

Marvel Movies in Order of Their IMDb Rating

As the world’s most popular and authoritative source for movie and TV show ratings, IMDb has thousands and thousands of user reviews for all Marvel movies, which is why IMDb ratings typically reflect the opinions of the Marvel fanbase.

Marvel Movies in Order of Their Rotten Tomatoes Rating (Tomatometer)

If you’re not interested in what regular moviegoers think and want to know how professional movie critics have rated Marvel movies, you should pay attention to the Tomatometer score, which is published by American review-aggregation website Rotten Tomatoes and represents the percentage of professional critic reviews that are positive for a given movie or TV show.

Don’t have time to watch all 23 Marvel movies? Here are the top 10 essential Marvel movies available on Disney+ right now. After watching these movies, you’ll be ready for Phase Four in November 2020.

Unfortunately, one of the most important Marvel movies ever released, Avengers: Infinity War, is not yet available on Disney+, but it should be in July, so create a reminder and make sure to watch it when it finally becomes available.

Thanks to streaming services like Disney+, it has never been easier to experience the magic and thrill of the Marvel Cinematic Universe in your preferred order. If you start watching today, you’ll have plenty of time to finish Phase One, Two, and Three before Phase Four begins in November with the release of Black Widow. 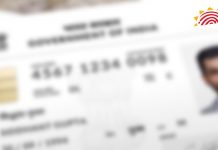 Aadhaar Card: Everything You Need to Know about It 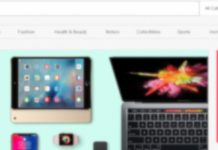 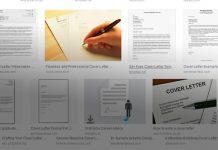 7 Tips on How to Write a Cover Letter