What Is Internet Speed?

Internet speed is typically measured in megabits per second (Mbps), and it can be as low as a fraction of a single Mbps or as high as 1,000 Mbps.

How much internet speed you need depends on multiple factors, including your usage habits and the number of people sharing the connection. Here are general internet speed requirements based on common online activities:

How Is Internet Speed Measured?

How to Select an Internet Speed Test Service

It takes just a few seconds to perform an internet speed test, but the information you obtain can save you from many days of frustration caused by a slow internet connection. All you need to do is email the results to your internet service provider and tell them to either deliver the internet speed you’re paying for or give you back your money.

We’re kicking off our list of the top 10 best internet speed test services in December 2019 with Speedtest by Ookla. This very popular internet speed test has been around since 2006, and it now has over 8,000 geographically dispersed servers strategically located around the world. It works in any web browser, but you can also download native apps for Android, iOS, Windows, Mac, Chrome, AppleTV, and Linux.

Speedtest by Ookla automatically finds the nearest available server, so all you need to do is click “Go” and let it work its magic.  After you learn what your internet speed is, you should compare the results with the Speedtest Global Index, which ranks countries according to their average internet speed.

You would be hard-pressed to find an internet speed test service that’s easier to use than Fast.com. All you need to do to use it is to visit its URL, and it will automatically start measuring your internet speed. When it’s done, it will display your download speed in Mbps, and you can click the “Show more info” option to display latency and upload speed.

While it’s not possible to choose a specific server you want to connect to, you can configure the number of parallel connections and test duration. It’s worth noting that Fast.com is powered by Netflix. The popular streaming service offers Fast.com to gain insight into networks around the world and to help its customers troubleshoot connectivity issues without relying on third-party internet speed test services.

DSL Reports Speed Test is a comprehensive internet speed test service that takes about 45 seconds to complete. It tests your download speed, upload speed, and latency. Because it’s written in pure HTML5, you can run it on just about any device with a modern web browser, including your smartphone.

Internet Health Test recognizes the fact that the internet is a global network that consists of millions of servers across the globe. It performs several shorter internet speed tests and compares the results to provide a more accurate picture of how your internet connection performs.

When using Internet Health Test, make sure your ad-block and firewall are turned off and close all applications that connect to the internet. Internet Health Test is smart enough to detect when something is preventing it from obtaining accurate measurements, and it will tell you what you need to do to fix the problem.

Launched in 2011, SpeedOf.Me is a well-designed internet speed test service that stands out with its polished user interface and great accuracy. Unlike many other internet speed test services, SpeedOf.Me initially downloads only a very small file (128 KB) and continues with a larger file only with the small file takes less than eight seconds to download. This allows you to accurately measure everything from a slow 2G mobile connection to an ultra-fast 1 Gbps fiber connection.

SpeedOf.Me uses a content delivery network to distribute its test files across the globe, and it also has several points of presence with massive computing and caching power. Because it’s written in HTML5, it doesn’t rely on Flash or Java plugins and works on just about any device.

Meteor is an internet speed test app for Android and iOS devices. It has a sleek user interface that displays all important information on a single screen, rating your internet connection based on how it’s expected to perform in real-time.

Meteor’s internet speed test methodology operates with averages—not temporary peaks. As such, you can expect to see a slightly lower result, but that’s only because it more closely reflects reality. Meteor stores past internet speed test results, allowing you to easily determine if your internet connection has gotten worse over time.

TestMy.net is a versatile internet speed test service with servers across North America, Europe, Australia, and Asia. It can perform four different tests: download, upload, latency, and combined. Regardless of which test you choose, you will always see a detailed breakdown of your results, with the average speed for your internet service provider, city, country, and the entire world.

TestMy.net has a comprehensive knowledge base that explains everything you need to know about internet speed test services. You can create a user account to save your test results and share them with other users. With a single click, you can export the entire database of your past test results and save it on your computer.

Bandwidth Place is not just an internet speed test service because it lets you compare internet service providers and their plans. To get started, simply select the closest server available and start the test. In less than a minute, Bandwidth Place will display your download and upload speed, and you can then click on the “My Results” option to find internet products in your area.

Keep in mind that the comparison feature works only if you live in the United States. Any non-US zip code won’t be recognized.

This HTML5 internet speed test service works accurately across any device with a web browser, measuring latency, download, and upload speed with a single press of a button. Registered users can keep track of how their internet connection performs over time across multiple devices.

SpeedSmart is also available as an Android and iOS app for evaluating cellular (3G, 4G, LTE) and Wi-Fi connections. The app doubles as a handy SSID analyzer, giving you more than one reason to keep it installed on your device.

Registered users can store past tests in the cloud and access them from all devices. It doesn’t cost anything to create a user account, so there’s really no reason not to give SpeedCheck a try. 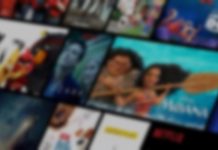