Home Uncategorized How to Use Netflix and Best New Movies and Shows in USA...

Netflix is a global phenomenon, offering instant access to a massive, constantly expanding library of movies and TV shows of all genres. Since the launch of its streaming services in 2007, Netflix expanded to over 190 countries and welcomed around 160 million paying subscribers as well as over 5.5 million free trial customers.

What attracts so many people to Netflix is, among other things, the convenient access to personalized content. Depending on which Netflix subscription you select, you can watch movies and TV shows simultaneously on up to four devices and create as many as five profiles, so everyone in your family can receive personalized recommendations.

In addition to distributing movies and TV shows, Netflix also produces its own original content, called Netflix Original. Some of the most critically acclaimed original programs produced by Netflix include House of Cards, Orange Is the New Black, Bojack Horseman, Stranger Things, Mindhunter, Russian Doll, Unbreakable Kimmy Schmidt, Master of None, Big Mouth, and many others.

How to Get Started with Netflix?

To get started with Netflix, you first need to create a user account. Netflix offers a free month of service to all new users, allowing you to see how it works without having to sign a contract or make any commitment.

Use Netflix on a Smartphone or Tablet

To use Netflix on your smartphone or tablet, download the free Netflix app (available for Android and iOS devices) and log in with your email address and password.

If you have an Android device:

If you have an iOS device:

Use Netflix on a Computer

To use Netflix on a computer, you can either log in to the web version of Netflix or download the Netflix app for Windows.

If you want to use the web version of Netflix:

If you want to download the Netflix app for Windows:

Use Netflix on a Smart TV

If you don’t see a Netflix button on the remote control, you might still be able to install the Netflix app from your smart TV’s app store.

Top 5 Netflix Tricks and Hacks You Should Know About

Here are our top 5 favorite tricks and hacks to help you improve your Netflix experience:

There are two keyboard shortcuts that you should remember:

There used to be another keyboard shortcut (control+alt+shift+s), which allowed users to change the CDN and force a higher bitrate, but it seems that Netflix disabled it in most regions.

Netflix produces a lot of original content each month. In fact, there are so many new Netflix movies and TV shows that it’s very easy to completely miss something interesting. To show all available Netflix Originals, all you need to do is type “Netflix” into the search bar, and you will be presented with a long list of movies produced by Netflix.

The user interface of Netflix is optimized for smart content recommendations. Unfortunately, it leaves a lot to be desired when it comes to finding specific shows and movies using the search functionality. One user was so fed up with the Netflix interface that he decided to build a website that would allow Netflix users to apply complex search filters to reliably find what they’re looking for. The name of the website is Flixable, and all Netflix users should add it to their bookmarks.

4. Rate Everything You Watch

One reason why Netflix has been able to achieve such an astonishing global success is the fact that virtually all content is available with subtitles in several different languages. If the default appearance of Netflix subtitles doesn’t match your taste, you can change it from the Subtitle Appearance page. More specifically, you can change the font, text size, shadow, background color, and window color for each profile associated with your user account.

Every month, Netflix subscribers can look forward to a whole host of new movies and TV shows, and December 2019 is no exception.

Austin Powers is a British spy whose sex appeal can’t be matched even by James Bond even though Mr. Bond would probably win in the looks department as far as most women are concerned. From December 1, 2019, Netflix subscribers can watch all three Austin Powers movies (Austin Powers in Goldmember, Austin Powers: International Man of Mystery, Austin Powers: The Spy Who Shagged Me), all of which were directed by Jay Roach and feature Dr. Evil as the main bad guy.

Marriage Story is a new comedy-drama movie produced by Netflix. It stars Scarlett Johansson and Adam Driver, who play a married couple going through a divorce. The movie brings attention to the pain caused by the legal and human aspects of the divorce process. The movie premiered at the Venice Film Festival, and it was chosen by the American Film Institute, the National Board of Review, and Time magazine as one of the ten best films of the year 2019. If you need a break from more traditional Christmas holiday movies, Marriage Story is a great choice that is guaranteed to leave a long-lasting impression on you.

The Danish Girl is a critically acclaimed biographical romantic drama film from 2015. It was inspired by the lives of Lili Elbe, a Danish transgender woman and among the early recipients of sex reassignment surgery, and her spouse Gerda Wegener a Danish illustrator and painter. In the movie, Elbe is played by Eddie Redmayne, and Wegener is played by Alicia Vikander. For their performances, Vikander won the Academy Award for Best Supporting Actress, and Redmayne was nominated for the Academy Award for Best Actor.

Based on a popular fantasy novel of the same name written by Polish author Andrzej Sapkowski, The Witcher follows a mutated monster hunter, Gerald of Rivia, as he struggles to find a place in a world where good and evil are often difficult to tell apart. The first season of this original TV show from Netflix will have eight episodes, and a second season has already been announced. Gerald is played by Henry Cavill, who is known for his leading role in Man of Steel and appearances in such major Hollywood films as Stardust and Blood Creek.

What could be a better way to end the year than with one of the most beloved James Bond movies of all time: GoldenEye. Released in 1995 as the seventeenth movie in the James Bond series, it stars Pierce Brosnan as James Bond, the fictional MI6 officer who has been saving the world since the release of the first James Bond movie in 1962. In addition to GoldenEye, Netflix is also adding to its library the following three James Bond movies: Die Another Day, Tomorrow Never Dies, and The World Is Not Enough. 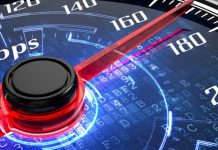