It’s dangerous to fall in love with an online streaming site. Most of them don’t make it past one year of service, and those that do still get taken down eventually, with very few exceptions. For over a decade, it seemed that Alluc Movie was an exception. Alas, the exact opposite turned out to be the case, which is why we’re here to bring you our list of top 10 best alternatives to Alluc Movie.

What Was Alluc Movie?

When Sebastian Fink started Alluc Movie in 2006, he probably never even considered that the site would have millions of unique monthly users just a few years down the road. Like most other online streaming sites, Alluc Movie didn’t host any content itself. Instead, it linked to content hosted on various other streaming video sharing websites and provided users with a way how to submit new content and report broken links.

Over the years, Alluc owners developed several automated scripts that periodically cleansed the site of redundant copies, helping it run faster. The site reached a global Alexa rank of around 4,000, which is a stunning achievement for an online streaming site.

Unfortunately, Sebastian Fink announced the discontinuation of Alluc Movie on March 8, 2020, 13 years after he launched the site. “The alluc search engine has been discontinued. After 13 years of alluc, we decided to take a break and focus on other projects. Over this last decade alluc served more than one billion unique users in total and we would like to thank all of you for your support over the years,” he said.

When Sebastian Fink announced the discontinuation of Alluc Movie, he said that all other sites with Alluc in their name were not run by the original Alluc team. That’s true even for the above-listed Alluc Movie mirrors.

Movie4K has recently released a major update that adds a lot of new functionality and fixes countless small bugs and annoyances. All the most popular box office movies are available to Movie4K visitors, and the site makes it exceptionally easy to discover new, interesting things to watch.

GoMovies has a wide selection of free online movies, and it lets you watch them without registration. The site has a simple but highly intuitive design, and we can’t get enough of the Night Mode feature, which changes the color scheme of the site to make it easier on the eyes.

Inspired by the city of angels, Los Movies has a 2,000 pages long catalogue with movies of all genres, and you can browse it page by page or narrow it down by various categories. The site has a convenient button that lets you see all movies with subtitles in different languages, and we probably don’t need to explain how great that is for all language learners out there.

Popcornflix is a large platform where you can watch movies for free and also download unlimited films without spending money. The site is committed to providing the best service possible to its visitors, offering content in high quality and at super-fast speeds.

HouseMovie is similar to Alluc Movie in that users can submit links from open sources to share them with others. The site relies on ads to stay afloat, but it uses them in moderation. HouseMovie isn’t affilitated with anyone, and it has no control over its content.

PrimeWire is a victim of its own popularity. It would be impossible to count all the PrimeWire clones and copycats. But that doesn’t change anything about the fact that there’s one original PrimeWire, and we highly recommend you stick to it.

Putlocker is an old online streaming site that has remained popular to this day despite its slightly outdated design. Of course, design hardly matters when you’re watching a movie in fullscreen, which is probably why so many fans of online streaming swear by Putlocker and its extensive collection of movies and TV shows.

FMovies is a famous online streaming website whose design is just as good as its content. With multiple streaming options available for each movie in its massive database, FMovies never disappoints when it comes to delivering entertaining content directly to your web browser.

There are many movies on YouTube—more than you might think. Some of them are uploaded by users and some by their distributors. StreamDor indexes all movies that you can find on YouTube and makes them available from a single place. At the moment, the site has almost 15,000 movies in its database, and more are added on a daily basis.

Movies123 claims to be the best place to watch movies online, and we let you decide whether it really is. What we can tell you, however, is that Movies123 has a polished design, massive library of content, and strong social media presence.

Only a very few online streaming sites have such a great reputation as Alluc Movie had when it was still online. Online streaming in general has entered mainstream awareness, and many internet services providers now actively prevent their customers from accessing them, or at least monitor their activity.

If you don’t want others to know what movies and TV shows you’re watching online, you should use a VPN (virtual private network) service to create an encrypted tunnel that makes it impossible for anyone to analyze your internet traffic. We recommend NordVPN because the service is based in Panama, a country that doesn’t have any mandatory data retention laws.

NordVPN offers a whole host of state-of-the-art privacy-oriented features, and it operates a massive global network of over 5,200 servers located in 62 countries around the world. It uses military-grade encryption to shield your internet activity from hackers, malware, and snooping. Getting started with NordVPN is surprisingly easy, and the service is more affordable than you might think. 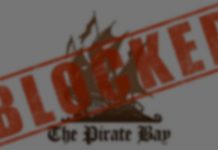 What You Can Do When Pirate Bay is Blocked 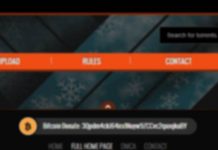 Best VPN Services for Torrenting in 2020