Have you always been intrigued by Mahjong but, at the same time, felt intimidated by its seemingly complicated rules? In this article, we’ll explain how you can play Mahjong for free online and learn this wonderful Chinese board game at your own pace and from the comfort of your home.

It’s not clear when exactly was the first game of Mahjong played. The oldest historical record points to the 1880s, but many historians and avid Mahjong players believe that the is more than 2,500 years old, which would make it one of the oldest board games in the world.

What’s certain is that it was at one point one of the most popular board games in existence, played by people all over China, and it has remained very popular to this day.

There are many regional variants of Mahjong, each with its own specific rules. What all variants of Mahjong have in common are Mahjong tiles, which are based on Chinese characters and symbols. Typically, Mahjong is played with 144 tiles, but sometimes tiles are added or omitted.

The word Mahjong is believed to originate from an old Chinese word for “sparrow,” referring to the twittering-like sound Mahjong tiles make when shuffled.

Mahjong tiles, with their colorful, oriental symbols, have captured the imagination of Brodie Lockard, an American computer programmer who used them to develop a single-player matching game, named Mah-Jongg, for the PLATO system in 1981.

The goal of Lockard’s game was to find matching free Mahjong tiles and accumulate as many points as possible. The electronic nature of this game removed the tedium of manually shuffling Mahjong tiles and arranging them in various formations, making the game incredibly accessible.

It didn’t take a long time for copies of the game to be released for other operating systems. Today, there are countless different variations of Mahjong solitaire available on virtually every platform, but they all have very little to do with the Chinese game that inspired them.

How to Play Mahjong?

Mahjong is a four-player game played with 144 tiles, which are based on Chinese symbols and characters and similar to playing cards in poker. Mahjong tiles are divided into three suits:

Each suite contains four sets of numbered tiles (1 through 9), for a total of 36 tiles in each suite. In addition to the three suits mentioned above, there are also two special suites, called dragon and wind, containing three sets of dragon tiles and four sets of wind tiles respectively. Some variants of Mahjong additionally include bonus tiles with four flowers and four seasons, but the basic game can be played without them.

To win a game of Mahjong, a player must form a mahjong, which is comprised of four melds and a pair.  Melds are various combinations of tiles, while two identical tiles form a pair. There are three different types of melds:

A game of Mahjong starts with players rolling the dice to decide who plays first. Typically, the player with the highest roll becomes the dealer and the player to the dealer’s right goes first.

The first job of the dealer is to place all tiles face down on the table and shuffle them around. The dealer then deals 13 tiles to each player, leaving the rest of the tiles in the middle of the table. The undealt tiles become the draw pile.

The player who draws first draws one extra tile to kick off the game. Though the course of the game, players take turns to draw and discard tiles. Each player must always have 13 tiles in their hand.

The good news for non-Chinese speaking players is that they don’t need to be able to read the symbols on tiles. All they need is to recognize the difference between them.

To play Mahjong, you don’t need to purchase an expensive Mahjong set and convince three other people to play with you. All you need is our list of sites that let you play free Mahjong games online, including many variations of Mahjong solitaire.

The free online version of Mahjong provided by GameDesign.jp is arguably the best way how to get started with this intriguing Chinese game. All you need to do to start playing is open the website in any web browser that supports Flash and go through the rules, which are clearly explained on the same page, so you can easily glance at them anytime during a game.

In this online Mahjong, you play against an AI and not real players. On the one hand, playing against an AI makes the game feel less daunting. On the other hand, the AI has its limitations, and more talented players can quickly outgrow it.

At the time of writing this article, most major web browsers are either actively blocking Flash applications or are planning to do so in the near future. If you’re having trouble playing the Flash version of Mahjong provided by GameDesign.jp, we recommend you install Firefox and set Shockwave Flash to Always Activate. You can do in Preferences/Options -> Extensions & Themes -> Plugins -> Shockwave Flash.

MahjongTime.com describes itself as a premier online Mahjong community with approximately 600 million players worldwide. While it’s not possible to verify exactly how many players MahjongTime.com has, there’s no denying that it’s one of the most popular sites with free Mahjong games on the internet.

MahjongTime.com has been translated into English, Spanish, French, Russian, Japanese, Chinese, and several other languages, and it offers several different versions of Mahjong: European/Chinese Classical, Riichi, Taiwanese, American, and even Zung Jung. There are also MahjongTime’s signature QuickMahjong two-day tournaments, which make competitive Mahjong accessible even to players who are not ready to devote too much time to it.

No download is required to play Mahjong on MahjongTime.com, but there’s a downloadable version with realistic 3D graphics for Windows and Mac computers that you can download for free if you find the browser-based experience underwhelming.

247 Mahjong is the most popular free online version of Mahjong solitaire on the internet.

247 Mahjong is great for new players of Mahjong solitaire because it can provide helpful hints with the press of a button, making it easy to overcome potentially frustrating situations.

Mahjong Online is a massive collection of Mahjong-inspired puzzle games that work in any modern web browser. The goal is always to remove all the tiles from the board by matching two identical tiles that are exposed.

If you manage to remove all tiles from the board, you win. But you should proceed with caution because it’s possible to get to a situation where all possible tile pairs are blocked. When that happens, the game is over, and you have to start again.

On Mahjong Online, you can play either for fun or compete with other players for the highest score. Just don’t expect other players to make it easy for you to reach the top place in the leaderboard because they won’t.

Since 2008, this site has been offering a wide variety of free online Mahjong games (hence its name) to players from around the world. The games featured on Free Online Mahjong Games never fail to put an interesting spin on Mahjong, giving players many reasons to come back for more.

The only downside of Free Online Mahjong Games is that all games on the site have been created using Flash, so you may need to switch to a different web browser or change your settings to play them.

Free Play Mahjong is an extremely polished version of Mahjong solitaire. As soon as you open it in your web browser, you can start playing without any limitations. Free Play Mahjong lets you choose between three different tile sets and five different backgrounds.

You can also select from a number of different variants of Mahjong solitaire or let Free Play Mahjong randomly select one for you. Helpful hints are available with a simple click, and you can undo your moves and correct your mistakes. 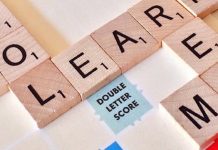 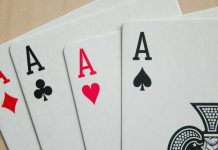 How to Play Spades Online for Free: 7 Best Sites

How to Play Solitaire Online for Free: 7 Best Sites