Internet users are becoming increasingly aware of the growing threat of online censorship and surveillance. In some countries, the situation has got so out of control that people are being put in jail just for expressing opinions that are considered unacceptable by their own government.

But even if you live in a country where freedom of expression on the internet is still respected and protected, there are still many reasons why you might want to use a VPN service to prevent others from monitoring your online activity, and we know which VPN services can keep you anonymous in 2019.

How to Choose a VPN Service?

Instead of simply opening the Google Play Store or the Apple App Store and downloading the first VPN app you come across, you should first answer a few questions to determine which VPN service is right for you.

NordVPN is an extremely popular VPN service provider and our personal favorite. It works on Windows, macOS, Linux, Android, Android TV, and iOS.

With a single NordVPN account, you can secure up to 6 devices at the same time, making the service well worth its affordable price of just $2.99 per month.

NordVPN has servers in 62 countries, accepts cryptocurrency payments, has a strict no logs policy, and doesn’t limit your bandwidth in any way. It takes just a few minutes to get started with NordVPN, and your satisfaction is backed with a 30-day money-back guarantee.

Private Internet Access, or PIA for short, is a value-oriented VPN service founded by Andrew Lee, the official successor to the Korean Imperial Household, also known as the House of Yi (Lee). PIA is a proud sponsor of many different open source projects, including Inkscape, GNOME, and Krita.

The service starts at just $2.91 per month, making it even more affordable than NordVPN. It features peer-to-peer support, instant setup, built-in adblocking, and unlimited bandwidth.

PIA has servers over 3,000 servers in more than 30 countries, and the service is constantly growing.

ExpressVPN protects its customers from surveillance with 256-bit AES encryption, which is the same encryption the National Security Agency (NSA) uses for top secret information. Because ExpressVPN is based in the British Virgin Islands, a British overseas territory comprising four main islands and many smaller ones, it doesn’t have to keep any activity or connection logs.

PureVPN is a Hong Kong-based VPN service operated by GZ Systems. It currently has over 3 million users around the world, who can enjoy excellent speeds provided by more than 2,000 servers in 180+ locations.

With a single PureVPN account, you can protect up to 5 devices at the same time, which is great news considering that it costs just $2.95 per month with a one-year contract.

ProtonVPN is a progressive Swiss-based VPN service that first passes user traffic through its Secure Core network, ensuring that even a compromised VPN endpoint server will not reveal your true IP address.

You can connect to ProtonVPN over Tor and enjoy blazing-fast speeds thanks to its 10 Gbit servers. All complexity is hidden behind a well-designed user interface, so you don’t need to know much about computers to experience why ProtonVPN is such a great choice for browsing the web, streaming music, and watching videos.

TorGuard is not the cheapest VPN service in the world, but it’s right up there when it comes to reliability and features.

It uses AES-256 encryption with SHA-512–alongside unique uncrackable protocols like Stunnel, OpenVPN, SSTP, and SSH to hide your real IP address and online activity and let you enjoy the internet with the privacy you deserve.

Because TorGuard has servers in over 50 countries, you can use it to unblock geo-restricted online services, apps, and games regardless of where you live.

CyberGhost is an easy-to-use VPN service that can automatically connect you to the most suitable server depending on your geographic location.

Of course, you can also manually connect to any server you want to make your traffic appear is if it’s coming from a completely different part of the world.

In 2019, there are many excellent VPN services to choose from. If you care about your privacy and want to use the internet without being monitored and told which sites you’re allowed to visit, you shouldn’t hesitate even a second and purchase a VPN service right now. Remember that your privacy is worth a lot more than a few dollars every month, especially since VPN services have so many extra features that make them worth the cost. 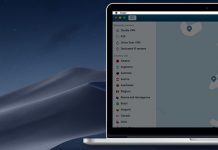