The internet is not nearly as secure and anonymous as many people think it is. Everyone from the owners of the websites you visit to your internet service provider (ISP) to various unauthorized third-parties can potentially see your online activity and expose your private information.

That’s why virtual private network (VPN) services like NordVPN have gained so much popularity in recent years, offering safety and privacy when surfing the internet.

NordVPN is a popular VPN service that’s based in Panama, a country with no mandatory data retention laws that doesn’t participate in the Five Eyes, Nine Eyes, or Fourteen Eyes alliances. Why’s that important? Because NordVPN wouldn’t otherwise be able to live up to its no-logs policy, which was tested by an independent audit.

Operating over 5,200 servers in 62 countries, NordVPN is able to provide the fastest VPN experience and help you circumvent geo-restrictions. Because NordVPN has so many servers, it can afford to let its customers encrypt their internet traffic twice with a feature called Double VPN. Now with Double VPN, online traffic is hidden behind two servers instead of just one.

If you would like an even greater level of protection, you can combine NordVPN with the Tor network, which is a group of volunteer-operated servers that allows people to improve their online privacy and security. The Tor network is commonly used by human rights activists, journalists, and people who live in oppressive countries to avoid internet censorship and mass-surveillance.

Besides security, NordVPN also offers support for all popular operating systems, including Windows, MacOS, Android, Android TV, iOS, and Linux. For just $2.99 you can secure up to 6 devices at the same time with a single account. Alternatively, you can learn how to set up NordVPN on your router to secure every single device on your network at once.

Why Use VPN on a Router?

When you use a VPN to securely and anonymously connect to the internet, your data flows through an encrypted tunnel that extends between your device and the remote server.

But what if you don’t want to install an app on every single one of your devices just to direct its internet traffic through an encrypted tunnel? Are there any other options? Yes, there’s one. You can set up a VPN on your router so every device connected to it will have its traffic automatically sent through the encrypted tunnel.

This means that your computers, mobile devices, gaming consoles, and smart IoT gadgets can stay secure online without any extra configuration. All you need is a VPN service that supports popular routers, and you’re good to go. One such service is NordVPN, and we explain how to set it up on your router in the next section of this article.

How to Set Up NordVPN on Your Router?

NordVPN doesn’t work with all routers. The problem is that many routers come with stock firmware that’s so limited in terms of functionality and configuration that there’s simply no way how to tell it that it should send all internet traffic through an encrypted tunnel.

The routers that don’t work with NordVPN with their stock firmware include most models from Arris, Belkin, Cisco, D-Link, Draytek, Huawei, Linksys, Mikrotik, TP-Link, TRENDnet, Tenda, TotoLink, Ubee, and most IPS-provided routers out there.

The good news is that many routers that don’t work with NordVPN with their stock firmware can be flashed to a custom firmware such as DD-WRT, Tomato, Padavan, OpenWRT, or Merlink.

It’s beyond the scope of this article to describe how to install custom firmware on a router, but a simple Google search should provide you with all the information you need to make your router compatible with NordVPN.

The routers that are known to work great with NordVPN with their stock firmware include Asus RT-N18U, Asus RT-AC66U, Asus RT-AC68U, Asus RT-AC87U, Asus RT-AC3200. What’s more, NordVPN has partnered with FlashRouters to sell routers with DD-WRT custom firmware and out-of-the-box support for NordVPN.

Steps to Set Up a Router with NordVPN:

The only major downside to setting up a VPN on your router instead of using an app is the absence of a confinement user interface. For example, the NordVPN app allows you to quickly and easily connect to servers in different countries, which comes in handy when you stumble across a website that visitors from certain countries from accessing it.

You shouldn’t willingly give up your internet privacy and anonymity when there are such excellent VPN services as NordVPN. Without much effort, you can set up NordVPN on your router to secure all devices connected to your network, or you can download the NordVPN app, which works on Windows, macOS, Linux, iOS, Android, and Android TV.

Regardless of which approach you choose, NordVPN will always improve your online experience, allowing you to circumvent geo-restrictions and protecting you against ads, malware, hackers, and mass-surveillance. With prices starting at just $2.99, NordVPN is an easy choice when it comes to online privacy. 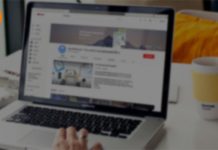