Since its launch in 2010, Private Internet Access, commonly referred to simply as PIA, has established itself as one of the most popular VPN service providers and convinced countless privacy-conscientious internet users to try it out. But is really as good as people say or are there better VPN services that you should definitely check out? Continue reading to find out.

Private Internet Access (PIA) was founded in 2010 by Andrew Lee, the official successor to the throne of the House of Yi (Lee). The service is located in the United States, which is one of only a few countries without any mandatory data retention policy. Of course, it’s a well-known fact that the United States National Security Agency collects internet communications from various US-based internet companies, and PIA could be among one without realizing it.

Perhaps the biggest selling-point of PIA is its affordable price. The service starts at just $2.91 a month if you pay for two years of service upfront, but you can also pay yearly or monthly. Even the monthly plan, which costs $6.95, is relatively inexpensive compared with many other VPN services.

Like many other VPN services today, Private Internet Access comes with a built-in ad blocker to help you enjoy the web without annoying ads and pop-up windows. It would be nice to see a malware filter as well, but it’s hard to complain considering how affordable this VPN service is.

We went to speedtest.net and tested: US, UK & Asia]

Private Internet Access is an excellent value-oriented VPN service that offers a broad range of features at an unbeatable price. Some may dislike that it’s based in the United States, but we don’t consider it to be a huge problem because PIA uses strong encryption and doesn’t keep any logs.

NordVPN works on up to 6 devices at the same time, and the service is available on all popular operating systems. Because NordVPN has a global network with more than 5,000 servers, you can say goodbye to buffering when watching online movies and lag when playing games with friends.

ExpressVPN has been around for a long time, and it has managed to earn the trust of internet users around the world thanks to its friendly 24/7 customer service, a huge network of 2,000+ global VPN servers optimized for fast connections, 256-bit AES encryption, DNS/IPv6 leak protection, kill switch, split tunneling, and other features.

Unlike Private Internet Access, which is based in the United States, ExpressVPN is located in the British Virgin Islands, a British overseas territory with no data retention laws. ExpressVPN doesn’t care if you use the service to access geographically restricted websites, circumvent internet censorship, or download files from file sharing websites.

CyberGhost was founded in 2011 in Romania, and it currently secures the online activity of over 20 million users across the globe. The people behind the service have a strong background in the IT field, and they’ve used their knowledge and expertise to create a VPN service that’s both highly secure and easy to use.

The CyberGhost app lets you set your own Smart Rules and automate your privacy, but it doesn’t shower you with geeky options that mean nothing to you. In fact, you can connect automatically to the best server depending on your whereabouts with a single click.

At $9.99 per month, TorGuard is much more expensive than Private Internet Access, but the service offers many attractive features that might just make it worth the price. It includes unlimited speed and bandwidth, allows up to 5 simultaneous connections, supports OpenVPN/SSTP/L2TP/IPsec, has servers in over 50 countries, and doesn’t keep any logs whatsoever.

TorGuard is completely risk-free because you can ask for a 100 percent refund within 7 days from your purchase, and you won’t even be asked to give a reason why you’ve decided to cancel.

SmartVPN is a friendly VPN service that offers attractive plans to businesses and home users alike. It supports a variety of protocols to suit your needs and guarantee your right to privacy on any system, including PPTP, OpenVPN, and IPSec in both IKEv1 and IKEv2.

Thanks to its global presence and fast servers, you can bypass content restrictions and lower your international calling costs and still enjoy the same performance as if you connected to the internet directly.

My Private Network is a proud sponsor of the Electronic Frontier Foundation, an international non-profit digital rights group whose purpose is to defend digital privacy, free speech, and innovation.

The service describes itself as the friendliest VPN in the world, and we certainly wouldn’t hesitate to recommend it to people who have little to no experience with computer networks.

The cheapest My Private Network plan costs £3.97 a month, and the service offers a 3-day free trial.

Doublehop is a no-frills VPN service that accepts Bitcoin and supports Windows, macOS, and Linux. The service encrypts all communication between clients and nodes with AES-256 and RSA-4096 for key exchange and certificates. Doublehop doesn’t keep any log files, so your online activity is guaranteed to remain private even if its servers get raided and confiscated.

Private Internet Access is one of the best VPN services in 2019, but compelling alternatives are not hard to find. Only you know what your privacy needs are, so it’s up to you to evaluate the pros and cons of popular VPN services and pick the one that works the best for you.

If you’re on a tight budget, Private Internet Access is a great choice, but you should keep in mind that the service is based in the United States, a country that’s known for its large-scale surveillance programs. 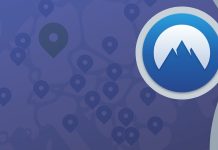