Most people have long realized that the internet isn’t the private and anonymous hideout from the real world that many would like it to be. From internet service providers to large social networks, your online activity is being monitored wherever you go. Fortunately, internet users are not entirely powerless. There are many providers of virtual private network services, and one of the most popular of them is NordVPN.

Founded in 2012 and headquartered in Panama, a country that does not participate in the Five Eyes or Fourteen Eyes alliances and has no mandatory data retention laws, NordVPN has a reputation for excellence and our own testing has confirmed that the reputation is well earned.

NordVPN operates a truly massive network of over 5,200 servers located in 62 countries. The network allows the service to offer the fastest VPN experience in the world regardless of where you’re located.

Of course, servers in different regions of the world provide slightly different speeds, but NordVPN is very consistent overall, which is something that can’t be said about many other VPN services.

NordVPN is often recommended for streaming because the service doesn’t restrict its users in any way. What’s more, it even implements SmartPlay technology, which guarantees safe streaming experience with no buffering, bandwidth throttling, or slow speeds.

✔ We’ve tested how NordVPN works with Netflix, and we couldn’t be happier with the results.

✔ Torrenting is also possible with NordVPN thanks to its P2P-optimized servers in different locations around the world.

Its European servers are the slowest, giving us between 80 to 140 Mbps.

While the servers located on the East Coast of the United States fluctuate between 90 and 150 Mbps.

Still, 80 Mbps should be more than enough even for the most demanding VPN users out there.

How to Download Nord VPN Client for Different OS

The Android app, for example, currently has 4.4 stars, with users praising its design, usability, and stability, among many other things.

The iOS version of the app has 4.5 stars, and it’s virtually indistinguishable from its Android counterpart.

Unfortunately, the Windows app is not present in the Microsoft Store, but you can easily download it from NordVPN’s website.

The macOS app, on the other hand, is in the Mac App Store, so you can install it just like any other Mac application.

For such a popular and extremely secure VPN service, NordVPN very affordable, offering four different plans for you to choose from:

As you can see, the more money you pay upfront, the more you can save in the long run. While it may seem like a lot to splurge over $100 on a VPN service, having your internet security and privacy taken care of for the next 3 years is world every last cent.

With every plan, you get a 30-day money-back guarantee, so you don’t have to worry about NordVPN not living up to its potential. If you don’t like it, you can just ask for a refund, and NordVPN won’t ask you any questions.

Use “3ysafety” coupon to get NordVPN with 75% discount. Redeem the coupon during the checkout process.

If you ever need more hands-on customer support, you can content NordVPN via email and receive a reply within 48 hours. There’s also 24/7 live chat support, which really comes in handy when you can’t wait even an hour.

We sent a few test questions to NordVPN, and the answers we received were always on point and well-articulated.

NordVPN would never become one of the most popular VPN services in the world if it wasn’t for its exceptional security. Because the service is based in Panama, it doesn’t have to keep any logs on its servers. What that means for you is that nothing is recorded, monitored, stored, logged, or passed to third parties.

NordVPN additionally doesn’t track the time or duration of online sessions, so even advanced usage analysis wouldn’t reveal anything useful about your online activity.

Even a highly reliable VPN service like NordVPN can drop from time to time for a split second. Users don’t even notice such small interruptions, but internet service providers definitely do because most devices instantly switch to an unencrypted connection, revealing their online activity. NordVPN prevents this from happening with its Automatic Kill Switch feature, which blocks your device and terminates certain programs from accessing the internet as soon as the secure connection is interrupted.

With the desktop version of the NordVPN app, you can even specify which applications you want to shut down if the VPN connection drops out. The mobile version of the app doesn’t give you this option. Instead, it automatically disables the system-wide internet access, protecting all active apps without terminating them.

If you desire maximum online security and privacy, you can combine NordVPN with the Tor network, which is a volunteer overlay network consisting of more than seven thousand relays whose purpose is to conceal your location and usage from anyone conducting traffic analysis.

There’s a good reason why NordVPN is perhaps the most frequently recommended virtual private network service today: it excels in every way. From its affordable plans to its outstanding privacy and security features, NordVPN just keeps on giving. 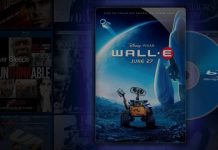 How to Update Kodi: Step-by-Step Tutorial