Spend just a few minutes researching VPN services, and you’re guaranteed to come across NordVPN, a Panama-based VPN service that surprises with its affordable prices and excellent global coverage. But does it really live up to the hype? Or is NordVPN just another VPN service that promises more than it can actually deliver. Let’s find out.

NordVPN has more than 5,200 servers in 62 countries. You would be hard-pressed to find another VPN provider with similar global coverage, which is why NordVPN has established itself as the VPN service of choice for all people who want to access geo-restricted content.

NordVPN separates its servers into multiple categories based on their type:

With such a massive global network of secure VPN servers, it shouldn’t come as a surprise that NordVPN is able to provide fast and stable speeds. It’s a rare sight to see NordVPN slow, which has been confirmed by hundreds of independent tests and reviews available on the internet.

With a 100 Mbps internet connection, you can expect to nearly max out your download speed. The fact that NordVPN has such a dense global presence means that you’re always close to at least a few of its servers, so high latency is never an issue.

That’s why NordVPN has become the VPN service of choice for online gamers, who can’t afford to have their actions register a hundred or so milliseconds too late. Of course, the low-latency nature of NordVPN also makes the service suitable for people who frequently make voice and video calls.

NordVPN is known for offering a wide array of attractive features. One of its most noteworthy features is called CyberSec. This sophisticated ad- and malware-blocker automatically protects you from dangerous content online, allowing you to enjoy the internet without constantly worrying about hackers, malware, and other cyber threats.

Unlike traditional ad- and malware-blockers, CyberSec doesn’t negatively impact the performance of your device. When you visit a website that CyberSec evaluates as dangerous, the access to the website will be automatically blocked, and you will see a warning message explaining why the website is dangerous. Of course, you can disable CyberSec at any time in NordVPN System Settings.

Other NordVPN features that you should know about include its strict no logs policy, which has been the subject of an independent audit, automatic kill switch, DNS leak protection, and SmartPlay, a technology that allows you to enjoy safe streaming experience on popular online streaming sites like Netflix with no buffering, bandwidth throttling, or slow connections speeds.

There are some reviews on the internet that criticize NordVPN for providing poor customers support. The problem with them is that they’re old—very old, in fact.

Yes, it’s true that NordVPN offered only a limited number of customer support channels in the past, but a lot has changed over the years.

Today, customers that discover NordVPN not connecting as it should can get in touch with customer care agents either via email or using the excellent live chat functionality. All NordVPN customer care agents are friendly, highly knowledgeable, and speak perfect English, which only goes to show that NordVPN really cares about its customers.

Many issues with Nord VPN not working can also be solved by visiting the comprehensive help center, which covers all you need to know about the first steps with NordVPN, provides useful information on managing your payments and subscription, describes how to fix common connectivity issues, and helps you learn more about VPN technology in general.

As you can see, NordVPN really does live up to the hype surrounding it, offering thousands of highly secure, high-speed servers located in all major countries. Best of all, the service costs just a fraction of what many competing VPN service providers charge for their services. 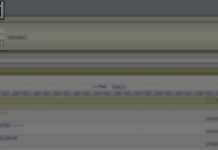 Best VPNs That Will Improve Your Video Streaming