When it comes to gaming, the graphics card is by far the most important component. The problem is that you can get a graphics card for as little as $100 or as much as $1,000. We don’t expect that your budget is infinite, which is why we’ve created this list of the top 7 best GPUs in 2018.

When choosing a new graphics card, try to balance it with the rest of your computer. It makes no sense to spend $1,000 on a top-of-the-line graphics card if you have a budget CPU, slow hard drive, and only 8 GB of RAM. On the other hand, you don’t need a flagship CPU to drive a powerful graphics card—all you need is an overall balance of all components.

If you play games in Full HD and don’t intend to move to 2K or 4K resolution anytime soon, just about any mid-range graphics card should satisfy your needs. For ultra-high-resolution gaming at 60 frames per second or more, only the best graphics cards on the market are fit for the job.


Many people in the gaming industry believe that ray tracing, a rendering technique for generating an image by tracing the path of light as pixels in an image plane and simulating the effects of its encounters with virtual objects, is the future of computer graphics. If you want to experience ray tracing right now, you can buy the Nvidia GeForce RTX 2080 Ti and bring the power of real-time ray tracing to your games. The GPU is powerful enough to ensure smooth frames rates even when playing games in 4K resolution, and its reinvented design allows for maximum overclocking and cooler operation.

Cons: Ray tracing is not yet widely supported. Expensive.

The AMD Radeon RX Vega 56 is often seen as a Nvidia GeForce GTX 1070 contender, but the GPU is more than that. It provides a great entry-point into high-end gaming and makes tear-gaming possible thanks to its support for FreeSync technology, which is the brand name for an adaptive synchronization technology for LCD displays that support a dynamic refresh rate aimed at reducing tearing. FreeSync monitors are much more affordable than monitors with support for Nvidia’s G-Sync technology, and they greatly increase the overall value of the AMD Radeon RX Vega 56.

The GeForce GTX 1080 Ti is easily the ultimate gaming GPU from Nvidia. Featuring Nvidia’s groundbreaking Pascal architecture, the GPU delivers fantastic gaming performance while being surprisingly efficient. Compared with the previous generation of Nvidia GPUs, which were built on the Maxwell architecture, the GeForce GTX 1080 Ti can give you up to 3 times higher frame rates, making it suitable even for graphics-intensive VR gaming applications. It probably won’t surprise you to learn that its price reflects its performance, but high-end PC gaming has always been expensive.

Cons: Not necessary unless you’re into 4K gaming.

If you want the best Radeon graphics card AMD currently offers, look no further than the RX Vega 64. Powered by the Vega architecture, this uncompromising GPU is designed to deliver exhilarating performance in the newest DirectX 12 and Vulkan games, and it does so without much effort. When it was first released, the AMD Radeon RX Vega 64 was priced rather high, so it was difficult to recommend it over more efficient graphics cards from Nvidia. But its price has dropped significantly, and we think that buying is a smart decision.

Console gamers like to say that PC gaming is too expensive. Although PC gaming can be expensive, it certainly doesn’t have to be. You can buy an affordable GPU such as the Nvidia GeForce GTX 1050 and comfortably play all popular eSports games such as Fortnite or League of Legends or Overwatch in Full HD and at medium or higher details. The Nvidia GeForce GTX 1050 is extremely compact, so you can fit inside a MicroATX case to save space under your desk.

The AMD Radeon RX 580 8GB is very comfortable with AAA games at Full HD, and it does surprisingly great even at 2K. Instead of being a brand-new card, think of it as a successful refinement of the RX 480, which was released in 2016 and instantly became a huge mid-range success. Just like its predecessor, the RX 580 supports FreeSync technology for tear-free gaming, and it’s not afraid to take on VR experiences.

In 2018, the GPU market is as healthy as ever. Regardless of what your performance requirements are, you shouldn’t have a problem finding a suitable GPU that can meet them with flying colors and fit into your budget at the same time. 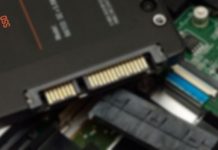