Reddit is an excellent source of first-hand information about everything from relationships to baking to virtual private networks (VPNs). For this article, we’ve research countless Reddit threads to discover which VPN services Reddit users like the most, and now we’re here with the results.

Unsurprisingly, the VPN services that are the most often recommended by the Reddit community are also highly rated by online computer magazines and independent reviewers.

Reddit users seem to prefer VPN services that prioritize privacy and security above everything else, and they’re willing to pay extra to receive excellent customer service.

Reddit is a hugely popular social news aggregation and discussion website that’s ranked as the third most visited website in the United States, according to Global Rank by Alexa Internet. The website was launched in 2005 by Steve Huffman, Aaron Swartz, and Alexis Ohanian, who wanted to create “the front page of the web.”

It’s safe to say that the trio has succeeded because Reddit currently has over 500 million monthly visitors and is valued at nearly $5 billion. What makes the success of Reddit even more amazing is the fact that virtually all of its content is user-created.

Reddit is organized into boards, called “subreddits,” covering an incredible variety of topics. At the time of writing this article, the ten most popular subreddits are: /r/announcements, /r/funny, /r/AskReddit, /r/todayilearned, /r/science, /r/worldnews, /r/pics, /r/IAmA, /r/gaming, and /r/videos.

There’s even a subreddit dedicated solely to virtual private networks, /r/VPN, which is where most VPNs listed in this article come from.

Whenever somebody on Reddit asks for a VPN recommendation (especially a best VPN for torrenting), NordVPN is mentioned.

First released in 2012, this Panama-based VPN service has desktop applications for Windows, macOS, and Linux, mobile apps for Android and iOS, as well as an application for Android TV.

Currently, NordVPN operates a massive network consisting of over 5,200 servers located in 62 countries around the world. Many of its servers are obfuscated to bypass even the heaviest internet restrictions in countries like China, United Arab Emirates, and Saudi Arabia.

The service has received overwhelmingly positive reviews from some of the most prestigious online magazines, so Reddit users are not the only group of people on the internet that loves NordVPN.

ExpressVPN is based in the British Virgin Islands, which is a British Overseas Territory in the Caribbean with no data retention laws, and operated by Express VPN International Ltd.

It first appeared on the scene in 2009, and it has since then become a trusted leader in the VPN market, offering fantastic speeds, flawless security, instant setup, and exceptional customer service.

ExpressVPN offers a 30-day money-back guarantee to all new customers, but we wouldn’t hesitate to recommend the service even without it. You can establish a secure ExpressVPN connection from any device with the push of a button to stream or download anything from anywhere and without any restrictions.

Mullvad may just be the most anonymous VPN in the world. Even the name of the company that legally owns and operates Mullvad, Amagicom, can be translated as “free communication.” Amagicom was created in 2009 by Fredrik Strömberg and Daniel Berntsson, who are still actively involved in the company.

Instead of usernames or email addresses, Mullvad generates random account numbers for its users, taking an extra step to protect their privacy. The service doesn’t keep any logs on its servers, just like you would expect, and it accepts anonymous payments with cash, Bitcoin, or Bitcoin Cash. Of course, you can also pay with your credit card or PayPal.

When enabled, it automatically blocks ads, prevents phishing attacks, and stops malware dead in its tracks. By blocking malicious content on the internet R.O.B.E.R.T. not only protects your devices from digital STDs but also helps you use your data to download actual content and not spam.

What’s also great about Windscribe is its free version, which offers a minimum of 10 GB of data limit, but you can get 50 GB every month free thanks to various special offers.

One way how VPN services can be compromised is if their servers are under direct surveillance. ProtonVPN prevents this from happening by first passing user traffic through its Secure Core network in privacy-friendly countries like Switzerland and Iceland.

Even the company behind ProtonVPN is headquartered in Switzerland, which is outside of EU and US jurisdiction and is known for its strong privacy laws. ProtonVPN plays well with the Tor network, a volunteer overlay network consisting of more than seven thousand relays whose purpose is to conceal the location and usage of Tore users from anyone conducting network surveillance.

If the name of this VPN service sounds familiar, that’s because it was created by the same team of CERN scientists that are behind ProtonMail.

Private Internet Access is a likable VPN service that sponsors many open source projects, including GNOME, Krita, Inkscape, and ArchLinux.

Unlike many other VPN services out there, Private Internet Access doesn’t care about what you do online. You can download torrents, use online streaming services to watch movies and TV shows, practice ethical hacking, or just play games—everything’s allowed.

Hotspot Shield gives all users 500MB of data per month for free, but the service is definitely worth paying for because it uses a patented VPN protocol that has passed a number of security audits and is integrated by 70 percent of the world’s largest security companies.

Reddit users are strong advocates of online privacy, and they know which VPNs are worth their cost and which are best avoided. Of course, we couldn’t list every single VPN recommended by Reddit users, but we’ve covered all VPN services that are recommended over and over again on Reddit and sorted them by their popularity to make it as easy as possible for you to enjoy the internet without any restrictions and with your anonymity protected. 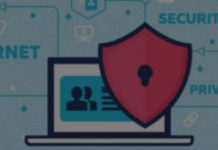 Are There Exceptions to the VPN No Logging Policy?