For this reason, RAM is used to store data and machine code currently being used. Let’s say you want to download and play a game. First, install the game on your HDD or SSD. When you launch it, parts of the game get loaded into RAM, where they remain instantly available until they are no longer needed.

But the benefits of fast volatile memory go far beyond gaming. Modern web browsers are notoriously hungry for RAM, and it’s common for Google Chrome or Firefox with just a few open tabs to take up several GB of RAM. That’s okay if you have enough of it, but bad things can happen if you don’t. At best, you’ll wait a long time for pages to load. At worst, the entire operating system will become unresponsive.

Fortunately, DDR4 RAM is very affordable in 2018, and you don’t even need to know much about it before you make a purchase. We’ve selected the top 7 best DDR4 RAM modules, which should be compatible with almost all modern motherboards and play well even with your current DDR4 RAM.

The Corsair Vengeance LED DDR4 RAM modules are perfect for overclocking enthusiasts who want their PC to perform at its very best. They feature understated LED lights that add to their already appealing design. Built-in heat spreaders keep the modules cool even in less than ideally ventilated cases, and Corsair is so sure about their reliability that the company offers a limited lifetime warranty on them.

The ADATA Spectrix D80 is unique memory with a hybrid liquid-air cooling system that keeps its temperatures low even during extreme overclocking. A special heatsink contains non-conductive fluid that transfers heat away from the sensitive memory modules and looks great while doing so thanks to built-in RGB lighting, which you can control using the XPG RGB Sync app. If you’d rather not install yet another software application on your computer, you can control the RGB lighting using an existing RGB light control software from a major motherboard maker.

The Kingston HyperX Predator memory provides the performance your system needs to play the latest games and multitask without any limitations. Available in 4 GB – 16 GB single modules and a variety of kits, this XMP-ready memory is fully optimized for Intel’s latest chipsets and many recent AMD chipsets. The memory is back by a lifetime warranty, and Kingston is generally known for its friendly customer support.

Pros: Beautiful combination of matte black, black PCB, machined accents, and white lettering. On par with other kits in its class in terms of performance.

Some DDR4 RAM modules focus on performance alone, while others are all about style. The Ballistix Tactical Tracer RGB falls into the second category. While there are faster options available at the same price, you would be hard-pressed to find a memory kit that’s more customizable as far as RGB LEDs go. You can create select RGB LED patterns and adjust brightness, customize your rig’s color scheme with 16 RGB LEDs in 8 zones on each module, and even create your own custom light bar with your 3D printer and provided 3D files.

Pros: Optimized for H370/B360 motherboards. Its design matches a wide variety of builds. You can control the RGB lights with motherboard-based software applications.

Cons: There are faster options available at the same price.

The G.Skill Trident Z RGB doesn’t know the meaning of the word compromise. It merges the award-winning Trident Z heatspreader design with premium memory chips to deliver uncompromised performance with excellent overclocking potential. Downloadable software lets you play with the memory’s built-in RGB lighting system, which makes it stand out in every case.

Patriot’s Viper Elite memory modules are designed with the needs of hardcore gamers in mind, and they deliver true performance and stability for even the most demanding computer environments. Their custom-designed heat shield ensures maximum reliability and increases the lifespan of the sensitive memory modules hidden underneath it. Each and every Patriot Viper Elite module is hand-tested and validated for system compatibility, so luck won’t affect your system’s performance.

Cons: Its height may interfere with oversized CPU coolers.

To dominate your opponents, you need the right equipment. As far as high-performance DD4 memory goes, the Corsair Dominator Platinum is up there with other elite memory modules. It features Corsair’s patented DHX cooling for reliable performance in demanding environments and has built-in XMP 2.0 support for trouble-free, automatic overclocking.

Cons: Its price is on the higher side.

If all DDR4 RAM modules seem too similar to you for you to know which one to buy, that’s okay. The most important thing is to have enough RAM—what make and model you choose doesn’t matter all that much at the end of the day. All DDR4 RAM modules listed in this article have received raving reviews from professional tech reviewers and enthusiastic users alike, so you can be certain that no matter how you choose, you won’t regret your decision. 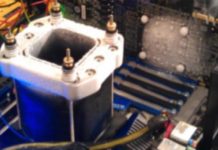 How to Overclock Your CPU 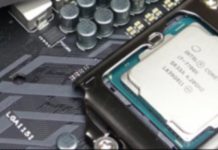