Best 7 Reviews
Home Technology What is Apache and How Can it Help My Web Server?

The Apache Web Server is open-source web server software that was initially developed in 1996. It is currently maintained by the Apache Software Foundation. It is employed on about 40% of the top million websites in the world. It is designed to allow the hosting of multiple HTTP-based websites on a single web server. Let’s take a dive into the features and uses of this powerful software.

What is a Web Server?

A web server is a computer system that is used to provide content or services to users connected through the Internet. It is comprised of three primary components which are:

Essentially, any Internet-connected server that responds to HTTP requests for content and services is a web server. Many web server software packages have been developed with Apache, remaining very popular since its inception.

What Are Some Features of the Apache Web Server Software?

With all of the competition brought about by other web server software, there must be some reasons that have caused Apache to remain so popular. Apache includes an administration control panel, authentication schemes, and the ability to customize error messages. Virtual hosting enables multiple websites to be run from a single web server.

Here is a closer look at some features that make Apache a great choice as your webserver software.

As an open-source software project, there is no cost to use Apache. This is a big benefit for webmasters who are looking to minimize expenditures. Despite being an open-source product, Apache offers a wealth of features that rivals its paid competition. This has led to its continued popularity. The open-source nature of the software also enables any level of customization that the user desires by modifying the source code.

Apache is designed to offer flexibility in its implementation. It accomplishes this goal by employing modules to provide various services to a web server. You can choose which modules you wish to install and which ones you do not need. This allows you to tailor the web server to your specifications and eliminates the need to find storage space for code that you do not want to use.

Some of the most commonly used modules are:

There are many other modules available which allow you to fully customize your web server.

You can configure the method that Apache uses to process requests in three ways.

You can run the Apache web server on just about any type of Unix or Linux system. In addition, the software fully supports being run on the Microsoft Windows platform.

Some potential users may be wary of the documentation that accompanies this open-source project. There is an extensive documentation site that offers help for novices and experienced users.

Support is conducted through mailing lists, IRC, and Stack Overflow. You can also obtain paid, third-party support packages if you require that level of assistance.

One of the most important aspects of a web server is its ability to provide secure connections between itself and the browsers that are accessing it. Secure Sockets Layer (SSL) is the method used to accomplish this goal. Apache fully supports this industry standard for security.

SSL is the standard security technology used to establish an encrypted link between a web server and a browser. This ensures that all data traveling over the link remains private. SSL certificates are used to create a secure connection and enable clients to trust the web server they are accessing. Browsers attempting to connect to a web server that is missing an SSL certificate may receive an SSL connection error message.

SSL certificates need to be obtained for your web server. This can be done in a number of ways. You can purchase an SSL certificate through different services such as NameCheap. For non-production environments, you might want to try the free SSL certificates which can found through Let’s Encrypt.

Once you have obtained your SSL certificate you need to install it on your web server. This step is critical to ensure that the encryption that you intend to implement is indeed put in place. After installation, it is recommended that you employ an SSL checker to verify that you have correctly installed the certificate. The checker can help you ascertain if your certificate is generating any errors to users accessing your server.

The Apache Software Foundation is involved in projects that go beyond their web server software. Some of them are:

Apache OpenOffice – This office productivity suite provides the user with the capability of commercial products in a free and open-source wrapper. OpenOffice includes word processing, spreadsheets, graphics, presentation, and databases. It is designed to run on all popular computers.

Apache Spark – Apache Spark is an open-source analytics engine designed for machine learning and big data. It works by using an API to distribute the execution of tasks to multiple machines which can perform calculations on large data clusters.

Using the Apache server software provides a cost-effective way to set up a secure web server that can be used for any purpose including creating an e-commerce site. It offers an extensive array of options for customizing your server. The continued development by the Apache Software Foundation means that the software will continue to evolve to meet the needs of webmasters everywhere. 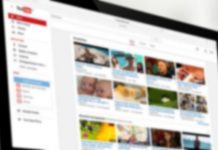 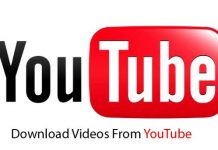 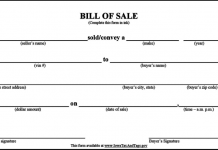 Top 7 Best Credit Cards You Should Consider in Dec 2019