Podcasts have never been more popular. It’s hard to find time to sit down and read a feature-length article—let alone a book—which is why more people than ever listen to podcasts while driving, cleaning, working out, or cooking.

1. Skeptics’ Guide to the Universe

Best for: Believers in the scientific method.

The Skeptics’ Guide to the Universe, or SGU for short, is an 80-minute podcast hosted by Steven Novella, MD, an American clinical neurologist and assistant professor at Yale University School of Medicine, and co-hosts Evan Bernstein, Cara Santa Maria, Robert Novella, and Jay Novella. A new episode of the podcast is published every week, featuring discussions of recent scientific developments, myths, conspiracy theories, pseudoscience, and more.

For example, one recent episode discusses psychopathy, the Soyuz failed launch, hot Jupiters, and several other thought-provoking topics. Many episodes of SGU contain interviews with people in the area of science and famous skeptics. Most of the guests oppose the claims of anti-vaccine activists and homeopathy practitioners. Instead, they support science-based medicine and are always ready to back their claims by peer-reviewed research.

Best for: People who can appreciate the beauty hidden in modern urban environments.

99 Percent Invisible is produced by Roman Mars, an American radio producer known for making shows that aren’t bound by the conventions of public radio in the United States, and its main focus are design and architecture. According to Mars, “99 Percent Invisible is about all the thought that goes into the things we don’t think about—the unnoticed architecture and design that shape our world.”

The podcast started as a project of KALW public radio and the American Institute of Architects in San Francisco. In 2013, Mars successfully used Kickstarter to raise over $170,000 for 99 Percent Invisible, making it the highest-funded journalism project in Kickstarter’s history. The subjects covered on the podcast include utility markings spray-painted on city streets, the pictographic language of train-hopping nomads, the reuse of abandoned sears buildings across urban America, or the fire that inspired a national network of lookout towers.

Best for: Everyone who actually paid attention in history class.

If you’re a history buff, you need to listen to Dan Carlin’s Hardcore History podcast—no question about it. The first episode of this exceedingly popular podcast aired in 2006 and was 16 minutes long. Recent episodes are several hours long, and most fans of the podcast would argue that the extra length hasn’t hurt Hardcore History at all. In fact, each episodes of the podcast almost feels like an audiobook, both in terms of the production value and content.

Carlin has a way with words, and he knows how to select unique topics with very wide appeal. For example, you can learn about the Celtic holocaust, Viking kings, various prophets of doom, the morality of dropping the Atomic Bombs in the Second World War, the last great generation of the Roman Republic, the German retreat from Soviet territory and the retaliation by traumatized Soviet soldiers and civilians on their former tormentors, and much more.

Best for: Skeptics who don’t take things at face value.

You Are Not So Smart is a one-man podcast created by David McRaney. The podcast is about psychology that celebrates science and self-delusion. Each episode contains an interview with at least one scientist about reasoning, biases, judgments, and decision-making. The overarching goal of the podcast is to reveal that even educated people suffer from many cognitive biases that cloud their judgment and, at times, make them act irrationally.

Supporters of You Are Not So Smart can download all episodes of the podcast completely ad-free. McRaney promised that if he received $5,000 a month from supporters on Patron, he would make all episodes free even for non-supporters and release a new episode every week instead of once every two weeks. Some of the topics that have been so far covered on You Are Not So Smart include tribal psychology, desirability bias, moral arguments, sleep deprivation, active information avoidance, paranoia, naïve realism, mindfulness, or PTSD, just to give a few examples.

Best for: People without an academic background in economics who would like to understand popular economic issues.

Planet Money is an American podcast produced by National Public Radio (NPR), an American privately and publicly funded non-profit membership media organization based in Washington, D.C. The main objective of the podcast is to make popular economic issues more accessible to people who don’t have any formal economics education. Each episode attracts thousands of listeners, and most episodes are between 5 and 30 minutes in length.

In recent episodes, Planet Money covered Seattle’s radical solution to big money in politics, lotteries and happiness, how robots could achieve parity with humans in the workplace much sooner than most people expect, the growth of warehouse jobs, and how Amazon and Netflix are trying to take on India.

Best for: Marketers and those who want to understand how marketers think.

Under the Influence is hosted by Terry O’Reilly, a Canadian broadcast producer and personality who is best known as the host of the CBC Radio One series O’Reilly on Advertising, and it deals with the sprawling world of advertising. “As the marketing world shifts from a century of overt one-way messaging to a new-world-order of two-way dialogue, we leave the age of persuasion and enter the era of influence,” CBC describes the focal point of the podcast.

The most recent season of Under the Influence dealt with marketing fads, old-school brands, subscription marketing, comic book advertising, celebrities, color schemes, household products invented by the military, and other similarly interesting topics.

Best for: Netizens who want to know more about the internet.

Reply All is a likable podcast about the internet and how it shapes people’s lives. The podcast is hosted by PJ Vogt and Alex Goldman and published by Gimlet Media, a digital media company and podcast network with focus on producing narrative podcasts. The first episode of Reply All was published in 2014, and the podcast now enjoys around 5 million downloads per month.

Recent episodes covered the Pizzagate conspiracy theory, a queer Canadian woman who accidentally invented one of the internet’s most toxic male communities, the government shut down of backpage.com or the unlikely rise of the founder of Worldstar Hip Hop. 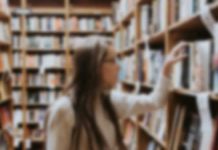 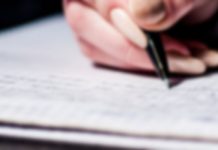 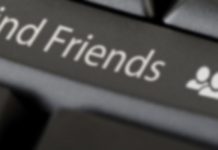