Who doesn’t love to just kick back on the couch after a long day at work or school and watch an entertaining TV show or movie? Nobody! Which is why so many people around the world subscribe to Netflix, Hulu, Amazon Prime Video, and other paid over-the-top media services. But there are also lesser-known ways how to enjoy your favorite TV shows and movies, with CouchTuner being one of them.

CouchTuner is an online TV series and movie streaming site where you can watch content from HBO, Turner, The CW, Cartoon Network, Warner Bros., CNN, DC Comics, Otter Media, and other major entertainment companies and film studios without paying.

Yes, you’ve heard right. It doesn’t cost anything to watch TV series and movies on CouchTuner. That’s because the site actually doesn’t host any content on its servers. It merely provides a convenient interface that lets you stream content hosted on the servers of various third-party content providers.

As such, CouchTuner isn’t liable for any copyrighted content the site links to—at least that’s what CouchTuner’s admins say on the site. Of course, entertainment companies and film studios don’t see things the same way, and neither do many search engines.

SolarMovie is among the most popular alternatives to CouchTuner. The site lists movies and TV shows of all genres, and its well-designed user interface makes it extremely simple to discover new and trending content. Registered users can rate movies and TV shows, save interesting content for later, and make requests. Registration is completely free, and you’re not required to give out any personal information. Like all other alternatives to CouchTuner listed in this article, SolarMovie doesn’t store any files on its servers. All content is provided by non-affiliated third parties.

If you can’t live without a daily dose of TV, this online streaming site is guaranteed to get you your daily fix. Daily TV Fix offers everything from the latest movies to little-known TV shows. You can search for content by name or using the site’s comprehensive search filter. Newly added TV show episodes are listed right on the homepage, as are recently updated movies. It’s very common for Daily TV Fix to list more than a dozen different mirrors for each show and movie. Daily TV Fix also has a very active forum section, where users discuss their favorite TV shows and movies, make requests, and socialize with one another.

As the name of this online streaming site suggests, New Episodes is the place you want to be to watch the new episodes of popular TV shows minutes after they air. The site conveniently displays all TV shows that have aired the current week, but you can also browse TV shows in alphabetical order or search for them directly using the search bar. Just like Daily TV Fix, New Episodes has an active forum section, and it’s recommended that new users introduce themselves to others so they can receive a proper welcome.

PutLocker is an online streaming staple that most people who have used a couple of streaming sites in the past instantly recognize. PutLocker has movies and TV shows alike, and there are always plenty of mirrors to choose from, so availability is never an issue. Besides Hollywood blockbusters, PutLocker also has movies and TV shows from Japan, Korea, Thailand, Hongkong, Taiwan, India, China, France, and several other countries.

Primewire is a popular online streaming site where you can watch newly released movies without paying ridiculous theater prices. All movies on Primewire are available in multiple resolutions, so you can choose the one that best fits your internet connection and playback device. Primewire users rate individual mirrors based on their quality, so it’s always easy to see which mirrors work great and which are to be avoided. Before you watch a movie on Primewire, we recommend you create a user account and read the site’s guide on how to safely watch online movies.

Moviewatcher is a free movie streaming service to watch movies and TV shows online absolutely for free and without registration. Some of the genres you can find on the site include action, adventure, animation, biography, comedy, crime, documentary, drama, family, fantasy, film-noir, gameshow, history, horror, music, musical, mystery, news, reality TV, romance, short, sport, talk-show, thriller, war, and western. As you can see, Moviewatcher really has something for everyone, and it doesn’t ask for anything in return.

Even though AZ Movies looks like a paid online streaming service, this website is actually completely free and run by a group of movie and TV show enthusiasts who want to share their love for cinema with the whole world. You might find it interesting to know that the oldest movie on AZ Movies is from the year 1915, and it was directed by Charlie Chaplin.

Watch Series is a great CouchTuner alternatives for people who can’t stop binge-watching TV shows. Its design is modern and intuitive, and all episodes are mirrored multiple times for guaranteed availability. Users can leave comments without creating a user account thanks to the site’s Facebook comment plugin, but registered users gain access to several useful features, such as subscribing to favorite TV shows and receiving notifications when a new episode airs.

In addition to TV shows, Watch Series offers a respectable collection of movies, Asian dramas, and Japanese anime. All content is available in English or with English subtitles, and you can watch on any device with a modern web browser. Even though Watch Series discourages its users from using an adblock, the site works perfectly fine with AdBlock Plus, uBlock Origin, and other popular adblock extensions.

FMovies is a likable CouchTuner alternative with a dark theme and all the trending and legendary movies you could ask for. You can see which movies are playing in theaters right now, which movies will be released in the near future, and which movies are most popular among the site’s users. When you open a movie, FMovies automatically displays relevant information about it from IMDb, including its duration, release date, cast, and description.

If movies alone don’t do it for you, you’ll be happy to know that FMovies has an equally impressive collection of TV shows. The site’s HTML5 video player has a convenient auto-playback feature, so you can start watching a new TV show from the first episode and finish it without getting off the couch or touching the keyboard.

PopcornFlix has been a staple on the online streaming scene for several years now, and the people behind the site intend to keep it that way for as long as possible. While its unusual collection of viral vids feels somewhat out of place in the current meme era, where viral vids, GIFs, and pics die as instantly as they spread around the world, its collection of movies and TV shows remains as attractive as ever.

We like that PopcornFlix doesn’t go too crazy with ads, so you can use it without losing your mind even on a computer or mobile device that doesn’t have an adblock. All new arrivals are listed in their own separate category, and older movies are categories by their genre. All we can do is hope that PopcornFlix remains awesome for many years to come.

123Movies started as a humble streaming website, but it has grown to become one of the most recognizable brands in the online streaming world. Currently, there are probably over a hundred clones and proxies of 123Movies, some featuring its original design, while others trying something new. Regardless of which incarnation of 123Movies you choose, you can always look forward to thousands of movies and TV shows, all available on-demand and in HD.

It wouldn’t be fair to dismiss LookMovies just because it’s not as popular as some of the other CouchTuner alternatives featured in this article. Perhaps because the site has to work extra hard to convince its visitors to come back, we found it to be a real joy to use. Right on its home page, you can see all recently released movies, popular flicks, top TV shows, as well as an alphabetical catalog that you can use to find something interesting to watch.

A VPN (virtual private network) allows you to create a secure connection to another network over the internet. It prevents outside observers, including your internet service provider, from capturing and analyzing your internet traffic, protecting you against snooping and hackers.

For a comprehensive list of the best VPN services, visit this site. When selecting a VPN service, pay attention to its price, the number of IP addresses it offers, its global footprint, and its security and privacy protection.

Regardless of which VPN service you choose, the setup process is always very similar:
1. Create a user account.
2. Choose a plan and provide your payment details.
3. Download and install a VPN client on your device.
4. Securely connect to the internet.

Many VPN services offer a free trial period, so you can use them to access CouchTuner without paying. 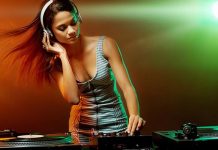